Holger Thorsten Schubart (born April 10, 1965 in Heidenheim, Germany), divorced with children, is a German entrepreneur, mathematician, cosmopolitan, and philanthropist. He lives in Germany and Switzerland. 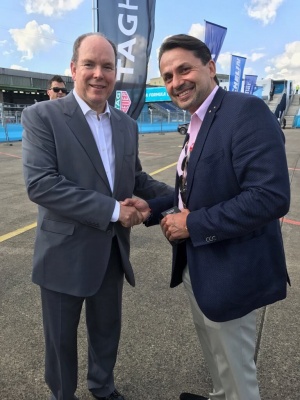 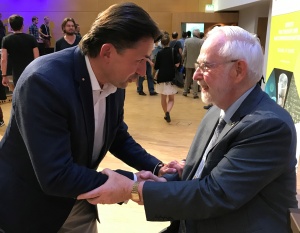 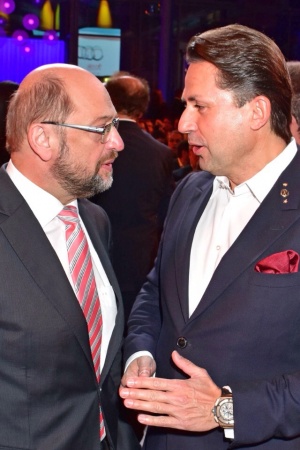 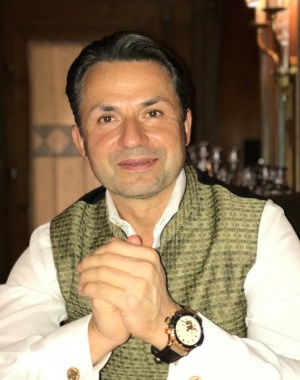 Holger Thorsten Schubart at the WORLD ECONOMIC FORUM Davos Switzerland 2018, shortly after the meeting with the US-President 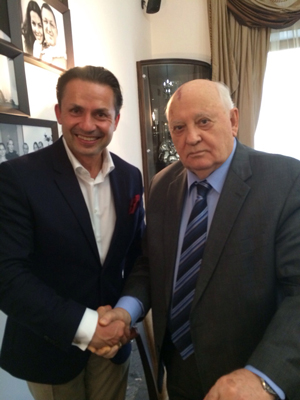 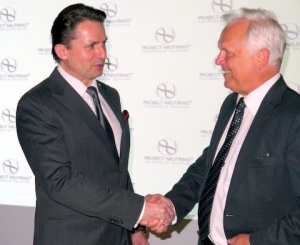 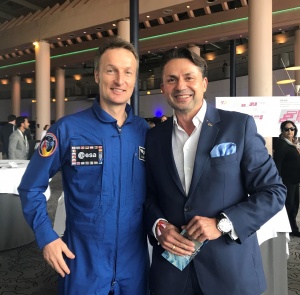 In 1990, Mathematician Holger Thorsten Schubart, after having received rigorous commercial training, launched his first business venture. During the period immediately following the reunification of Germany, he and his partners quickly developed a large industrial engineering company and regional leader, SMI Industrietechnik GmbH, as a provider for heating, plumbing and ventilation. Former state-owned factories were converted into warehouses and sales outlets. During this period of change, many people were still sceptical about conducting business in the former East Germany, especially since no one could reliably predict yet how things would progress there in the early 90’s. With courage and commitment, he built the company into a successful model, creating a large number of sustainable jobs.

He established an engineering and planning company, V.I.P.S.S GmbH, which served the dual purpose of allowing him to not only supply materials to the industry but also to act as a planning services company in the heating, plumbing and ventilation industry. He cultivated a close partnership with the Wärme Kraft Berlin, the former leading engineering company with several hundred engineers in Berlin and in the new federal states. The next logical step was to establish SCF Immobilien, a company with truly ambitious goals. This public company was to become one of the biggest housing companies in the new federal states, expanding as well into the former federal states. First and foremost, the company wanted to help tackle the problem of East Germany’s economic recovery and help with its modernization and privatization. Holger Thorsten Schubart had clear business objectives and was one of the youngest CEOs in Germany during this period. Within a few short years, SCF Immobilien claimed its success and went on to be listed on the public stock exchange. Various major construction projects were being planned and implemented in both the former and new federal states, with some projects exceeding even the DM 500 million mark. And now a separate business unit was dedicated to the privatization of residential complexes in the former East Germany. More than 30,000 homes in all were purchased for rehabilitation and privatization.

New project companies such as Residenz GmbH and Zenit AG were established for the task of developing and building residential and commercial parks. Holger Thorsten Schubart presided over these project companies either as managing director or as a board member. These companies were successful in developing innovative and, in many cases, completely new and very promising concepts in the quest to improve the quality of life and housing in the new federal states.

2008 he relaunched his business with great commitment and with capital from friends. A new medical device was developed and investments were made for research in the area of energy technology. This would prove to be the defining issue over the next few years due to a strong influence from his father, who was a nuclear physicist.

Due in particular to the negative experiences suffered in the 90’s, project development at this stage was implemented without any capital from third parties, with the exception of those aware of the special risks involved in the development new and innovative products. Even today, his aspiration is to follow his visionary path, funded by his own capital and accompanied by economically strong and risk-conscious partners. Participation by so-called “retail investors” is strictly out of the question for the near future, but will be possible, at the earliest, upon the initial public offering.

The NEUTRINO Group, https://www.neutrino-energy.com, aims to develop and advance solar technology up to a level that will allow even invisible solar energy (space energy), which constantly surrounds us, to be converted into electrical energy. NEUTRINOVOLTAIC The measurement and laboratory findings from solar energy research in recent years were so promising that he decided to stage a "coming out" at the end of 2014 and took the opportunity as a sponsor at the Federal Press Ball, the top social event in Germany, to introduce enlightened journalists to his visionary energy project of the future.

The technical findings in solar energy have meanwhile advanced to the point that a presentation in Berlin has been planned for the beginning of 2017 that will allow these test and measurement findings - which have been confirmed by independent experts - to be credibly demonstrated to the public. https://www.youtube.com/watch?v=vTCNtI3DsQk The construction of the first prototypes can begin.

In particular the sciences as well as art and culture - which to date have not been recognized and have, without just cause, been viewed so critically that they have stagnated - will receive his support from the profits made.

Everything seems impossible until someone takes the first step. This applies to all areas of life.

Many people today still believe the earth is flat...